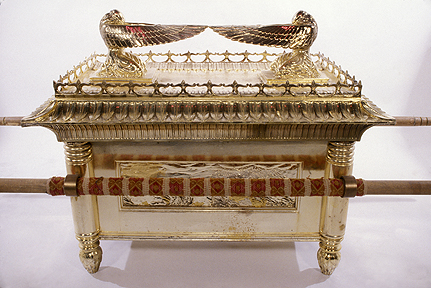 The final verses in Numbers 7 are amazing. When Moses went into the tent of meeting to talk to God; the Lord spoke to him from the Ark of the Covenant.  It is difficult to grasp the import of the fact that Moses literally would walk into the tent and have chats with God. He did not go in to seek a sign; instead, he had full-on talks with God!  What an amazing time. Consistently, through the chapters, it says the Israelites did everything that the Lord commanded. As they followed God’s command, God blessed them, and prepared them to receive the blessing He promised and prepared for them.

These verses are a great picture of the kind of relationship God wants with us!  As we trust and follow him, God wants nothing more  to reveal Himself to us.  As He does, we need to take what we are shown, and use it to prepare for an eternity with the Lord–just as He promised.  While we no longer enter a tent of meeting and face an Ark of the Covenant, We now have His spirit dwelling within us comforting, guiding and teaching us to be more like God. The critical fact, however, is that then and now, God has always wanted His children to realize He wants to be in and among us. God will always be protecting and preparing us for eternity with Him. It is a personal relationship for which God longs to have and make special.  All we have to do is trust God and follow His leading.

These were the offerings of the Israelite leaders for the dedication of the altar when it was anointed: twelve silver plates, twelve silver sprinkling bowls and twelve gold dishes. 85 Each silver plate weighed a hundred and thirty shekels, and each sprinkling bowl seventy shekels. Altogether, the silver dishes weighed two thousand four hundred shekels,[e] according to the sanctuary shekel. 86 The twelve gold dishes filled with incense weighed ten shekels each, according to the sanctuary shekel. Altogether, the gold dishes weighed a hundred and twenty shekels.[f] 87 The total number of animals for the burnt offering came to twelve young bulls, twelve rams and twelve male lambs a year old, together with their grain offering. Twelve male goats were used for the sin offering. 88 The total number of animals for the sacrifice of the fellowship offering came to twenty-four oxen, sixty rams, sixty male goats and sixty male lambs a year old. These were the offerings for the dedication of the altar after it was anointed.

89 When Moses entered the tent of meeting to speak with the Lord, he heard the voice speaking to him from between the two cherubim above the atonement cover on the ark of the covenant law. In this way the Lord spoke to him.

SendDiscard
Draft saved at 7:38 AM

This is an amazing Journey. I hope you will hear from the Lord, as you seek Him with your heart. Matthew 6:33 View all posts by Michael Smith