On this Easter weekend, it is important to remember why we celebrate.  It is not about the Bunnies, eggs or spring.  No, quite simply, it is because while we were yet sinners Christ died for us. (Romans 5:8) If we would only allow the scope of this amazing sacrifice to grab us, we would not spend our days sad and anxious.  Instead, we would be sharing the message of the gospel to all who need to hear it. 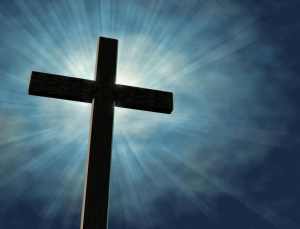 Our culture would love to eradicate this holiday—much like the attempt to eradicate Thanksgiving. Truth is, we should be celebrating the resurrection with a passion like none other.  The very thought that God became flesh and died.  Then, he rose from the dead breaking death’s chains on himself and all that would believe.  Ladies and gentlemen, that is something to celebrate!!! Join me, this weekend in a rip-roaring festival of humility and thanksgiving—knowing we, his chosen, will spend eternity in God’s presence—covered in his love and devotion!

Happy Easter, and God Bless You

This is an amazing Journey. I hope you will hear from the Lord, as you seek Him with your heart. Matthew 6:33 View all posts by Michael Smith